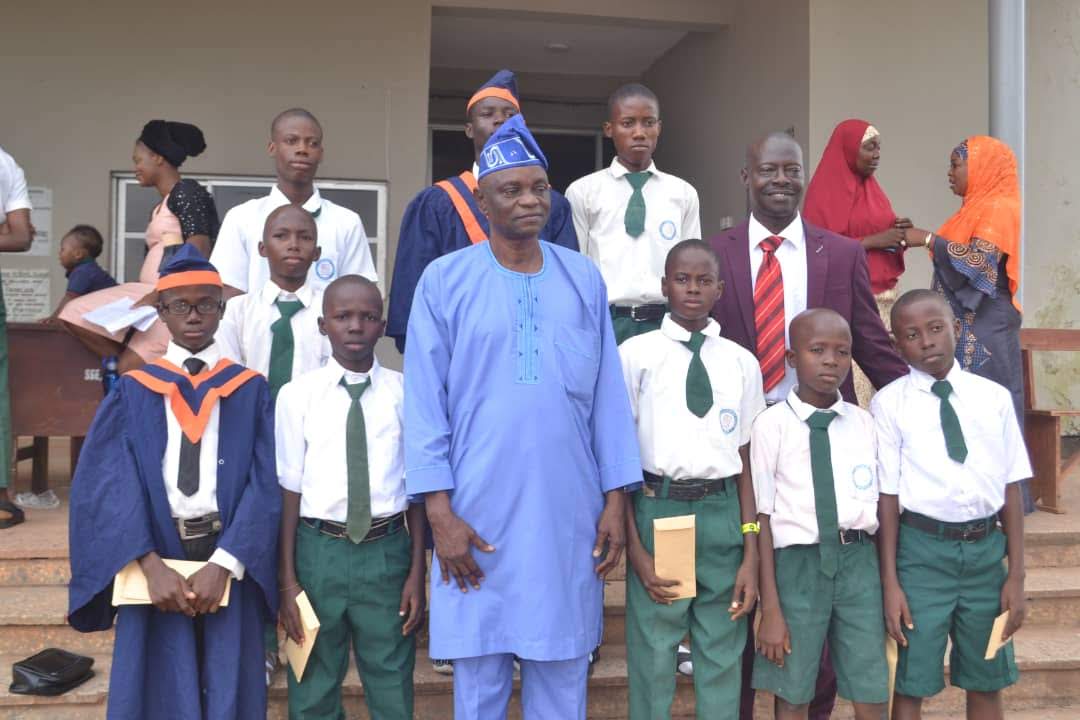 Sodun Olode(Sodun, the hunter) was not just a hunter, he was the head hunter during his days in this great city, Ibadan. He was among the early settlers of Ibadan and must have migrated to Ibadan from Offa, a town in the present day Kwara State. We know this much as the family’s oriki is that of the Olofa mojo.

Hunters were a privileged class of men in those days. They were the national foresters, scouts, and bush detectives. Their privileged position arose from their very important role of providing meat from hunting, safeguarding the borders of the city and acting as spies as well. He was a big-game hunter, killing for food such animals as Erin (Elephants), Efon (Buffalo), Agbonrin (Deer) and others. His prowess in killing elephants was probably the reason why his compound became known as the Agbole Erinkitola.

In his days, Ibadan was waging a war of survival for the Oyo people against the Ijebus and the Egbas who were kidnapping people in the Ibadan farms, monopolizing the trade with Lagos and blocking the route to the coast. It became the responsibility of men like Sodun to defend the Ibadan farms from the Ijebu people. Some even made the ultimate sacrifice, laid down their lives in defence of the great city that Ibadan was and still is.

In their forage in and around Ibadan, Sodun and his hunters settled and established different villages among which was Olorunda in the present day Ona-Ara Local Government. Sodun Olode is the undisputed founder of Olorunda. This is well acknowledged by the Olubadan-in-council. Being the founder of the village, by custom, he also became the first Baale of the village and hence perpetuating the position in the Sodun family as the only hereditary title in Olorunda village till today.

Sodun was not a poor man by any means, his profession brought him wealth, fame and fortune. In his days, a man’s stature in the society, affluence and influence, was measured in terms of his possession of land, slaves and horses. It is on record that Sodun gave lands to several families amongst which were the Okiti & Lashigbe families. Among his other possession were five horses which he kept in Olorunda under the watchful care of his first son.

Sodun Olode had four children – Winsina, Bakare, Morakinyo and Oguntiibi. The names of Sodun’s children tells us a lot about his religious beliefs. From the name of his first child, we know that he was a traditional worshipper with firm beliefs in the spirit world, Iwin. He was also a worshipper of Ogun, the god of iron. After all, his last child was named after this god, Oguntiibi. Sometimes during his lifetime he converted to Islam, as the fashion was in those days. The name Bakare, given to his second child, is the Yoruba rendition of Abubakar (or Abu Bakr), the nickname of the first Caliph of Islam. This is not unusual as there were many other Muslim families in Ibadan at this time. The religion, which got introduced to Yoruba land through the Islamic evangelical mission by Shehu Alimi in the early 1800, had taken roots in Ibadan during the time Sodun lived.

Today, these awards are given in honour of this man of valour in remembrance of his selfless sacrifice to the city of Ibadan and the Oyo people in general. We remember him and in so doing renew our commitment that the labours of our heroes past shall never be in vain.

Lagelu Grammar School is the obvious choice to start these awards, it is here that two members of the Bakare-Sodun Olode family got their secondary school education. Oluwaseun Bakare graduated here in 1984 while Olusoga Bakare did the same in 1997. The family remains indebted to all the teachers and principals that have taught in the school from its establishment till date for their labour of love.

The Bakare-Sodun Olode Educational Achievements Awards 2018 has a total prize money of a quarter of a million Naira in cash and are in the following categories:

• N50,000.00 plus 3 night accommodation in Port Harcourt for the winner and spouse – Oyebola Sunday, Agricultural Teacher.